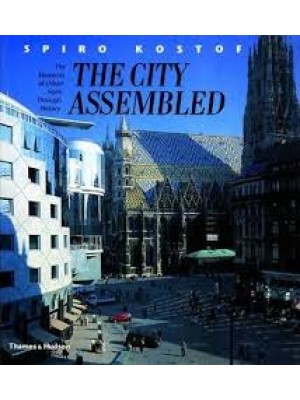 The City Assembled: The Elements of Urban Form Through History

Spiro Kostof, the renowned architectural historian and chronicler of urban form, presents a universal history of the elements of cities: streets, public places, urban divisions, and the borders of city and countryside. This is both an independent study and a companion volume to Professor Kostof's book "The City Shaped" which dealt with cities as complete entities. Now he follows the evolution of their components, and traces the story right up to the present, showing how the issues remain fresh and engage with our own day, often in unexpected ways. He also discusses "urban process": the effect on cities of natural disasters (such as the Great Fire of London and the Lisbon earthquake), war and comprehensive redevelopment, compared with traditional patterns of incremental growth and change. This is at once an exercise in architectural and social history, a case-study for the present, and a pointer for the future.