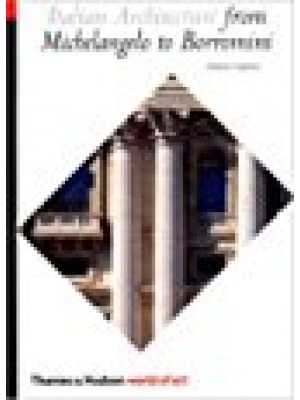 Italian Architecture: From Michelangelo to Borromini

The years between 1520 and 1630 in Italy are among the most crucial periods in the history of architecture, but it is a story that has never been fully told. Conventionally, the classic age of the High Renaissance ends with Michelangelo; Baroque begins with the generation of Borromini and Bernini; and in between comes 'Mannerism', a style only invented in the 20th century and never convincingly defined. Andrew Hopkins breaks new ground by showing that this was a century of experiment, diversity and bold initiatives that cannot be expressed by a single label. It includes famous names - Palladio, Vignola, Sansovino, Scamozzi, Longhena - but also many others who were equally brilliant but are relatively unknown. The situation was complicated by reigional traditions, functional demands, the tastes of patrons and the personalities of the architects, but Dr Hopkins is able to make all clear and comprehensive. This is now the definitive book on one of the turning-points of European architecture.