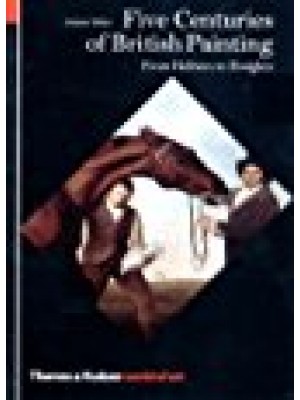 Five Centuries of British Painting: From Holbein to Hodgkin (World of Art)

Britain has played a key role in the history of the last five centuries, and its art reflects this in absorbing but complex ways. At first, foreign artists and influences were dominant - for example, Holbein, Van Dyck, Lely and Kneller. In the century of Hogarth, Reynolds and Gainsborough, British painting reflected an increasingly confident society, propelled by Imperialist expansion and industrial advance. Constable and Turner were among many pioneers in the artistic revolutions of the Romantic period, when British influence extended across Europe. The Victorian age saw the moral dilemmas, reflected in art, of Christian values challenged by science. A consistent undercurrent has been Britain's preference for the real world (landscape and portraiture) as against "high" art and abstraction. This is a survey of the personalities of British painting and an assessment of the latest flowering in which many