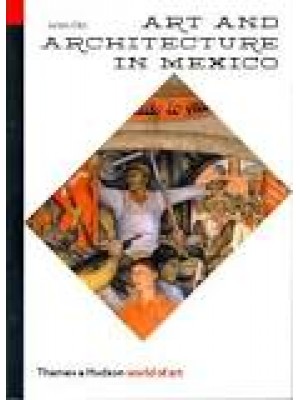 Art and Architecture in Mexico (World of Art)

This new interpretive history of Mexican art and architecture from the Spanish Conquest to the early decades of the 21st century is the most comprehensive introduction to the subject in fifty years. James Oles ranges widely across media and genres, offering new readings of paintings, murals, sculptures, buildings, prints and photographs. He interprets major works by such famous artists as Diego Rivera and Frida Kahlo, but also discusses less familiar figures who were equally important in the construction of national identity. The story of Mexican art is set in its rich historical context by the books treatment of political and social change. The author draws on recent scholarship to examine crucial issues of race, class and gender, including an exploration of the work of indigenous artists during the colonial period, and of women artists in the 19th and 20th centuries. Throughout, Oles shows how artists in Mexico participated in local and international developments, and highlights the important role played by Mexicans in the art world of the last five centuries.