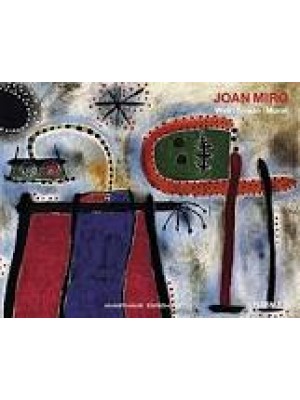 The publication presents Joan Miró’s (1893– 1983) mural art in the context of his life’s work. Miró’s ideas for large-scale mural art can be traced back to his works of the 1920s and the inspiration he drew from the bare walls of his family home in Montroig (Catalonia) and those of his studio in Paris. Miró gave priority to simple and essential forms, and declared the wall to be the very essence of his imagery. With its imperfections, it became the starting point for pictures in which Miró recorded its material beauty with meticulous attention to detail and great poetry. This book, and the exhibition it accompanies, takes its cue from the Kunsthaus Zürich’s mural Oiseaux qui s`envolent, which will be the subject of a long overdue evaluation. It includes texts by renowned Miró scholars on his serial working practice, his ceramic production and mural works, together with unpublished material on the origins of his famous triptychs series.