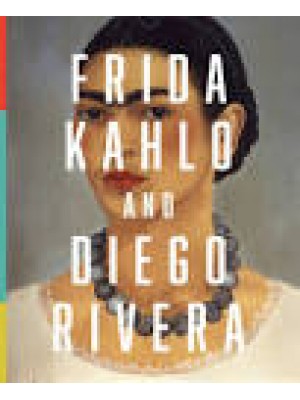 Frida Kahlo and Diego Rivera: From the Jacques and Natasha Gelman Collection

This book is published to accompany the exhibition at the Art Gallery of New South Wales showing from 23 June to 9 October 2016. It brings together such significant paintings as Kahlo’s Diego on my mind and Rivera’s Landscape with cacti, painted for his 1931 solo show at New York’s Museum of Modern Art, placing the artists in dialogue. In doing so, it reveals their fiercely independent artistic visions while also pointing to political, cultural and personal concerns that affected them both. It includes Kahlo and Rivera’s portraits of Natasha Gelman, as well as a group of photographs from the collection of Throckmorton Fine Art, New York, by figures such as Edward Weston, Lola Alvarez Bravo and Guillermo Kahlo, Frida’s father. Spanning from 1928 until Kahlo’s death in 1954, the photographs add another dimension to Kahlo and Rivera’s art practices and help to relate the extraordinary story of their life together.