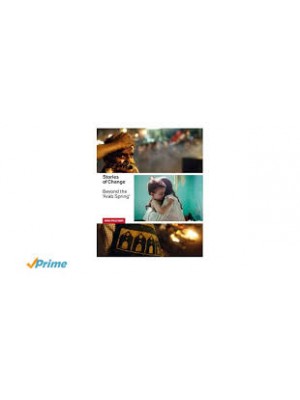 Stories of Change: Beyond the 'Arab Spring'

Since the end of 2010, the popular uprisings against established powers across North Africa and Middle East have been making news headlines. The “Arab Spring” is among the most thoroughly photographed events in recent history. People in the streets using their mobile phones to register incidents they were eyewitness to, local journalists as well as camera crews and freelance photographers dispatched by international media recording the deve lopments from day to day. Our perception of “Arab Spring” is marked by dramatic images of key moments during the uprisings. Demonstrators taking over Tahrir Square in Cairo and engaging in violent clashes with the security forces and supporters of Presiden t Mubarak; the storming of Colonel Gaddafi’s compound in Tripoli, Libya, by rebels and the capture of the leader himself weeks later. Major changes in the power relations have taken place since then: in Egypt and Tunisia, the resignation of the country’s p resident, and in Libya, the fall of the leader and the first free elections in 60 years. In other countries, protests have not lead to a revolution, but they are facing challenges from local issues and from the effects of the global economic crisis. H ow we ll do we know the region beyond the headlines though ? What has been impact of the events on people’s everyday life? Many of the issues that fueled the uprisings remain unresolved: a high level of youth unemployment, the rising cost of living , women’s right s etc. What is really going on in the homes and in the streets of the cities in the region? What do people worry or dream about? Stories of Change challenges our perceptions of the region and brings to the foreground a local perspective in reporting. Through stories produced exclusively for this book , and shown here for the first time, we are offered an insider view into the lives of people in a reg ion that rarely has left news headlines, but that only few of us know beyond the one - dimensional headline news images flashed on our screens. It examines what has changed since 2010, how people look at the “aftermath of Arab Spring” and what impact it has on their lives today. We are taken on a visual tour of the region and offered an insider view to the societies, the lives of the people and the issues they face. Stories of Change celebrates authenticity in visual storytelling, showing us North Africa through the eyes of a group of photojournalists from the region. They are all top alumni of a series of workshops conducted in 2012 and 2013 by World Press Photo for photographers fro m five participating countries : Morocco, Algeria, Tunisia, Libya and Egypt. Stories of Change also contains a visual chronology of the most memorable moments of the Arab Spring, compiled from the visual reporting in the international media of the unfolding events at the time. But the main focus lies in the visual storytelling by the young talent in photographic reporting, bringing into perspective and adding depth and nuance to the reporting about North Africa. The book contains over 200 images on 312 pag es, and is complemented by articles by prominent writers in the region about the North African societies and cu ltures, and with a foreword by A rabist and former diplomat Petra Stienen discussing the mythology of the Arab Spring and how accurate our percept ions about the region are or aren’t.