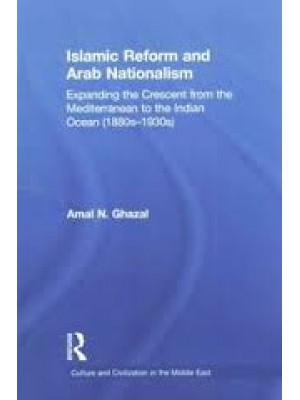 Bridging African and Arab histories, this book examines the relationship between Islam, nationalism and the evolution of identity politics from late 19th Century to World War II. It provides a cross-national, cross-regional analysis of religious reform, nationalism, anti-colonialism from Zanzibar to Oman, North Africa and the Middle East.

This book widens the scope of modern Arab history by integrating Omani rule in Zanzibar in the historiography of Arab nationalism and Islamic reform. It examines the intellectual and political ties and networks between Zanzibar, Oman, Algeria, Egypt, Istanbul and the Levant and the ways those links shaped the politics of identity of the Omani elite in Zanzibar. Out of these connections emerges an Omani intelligentsia strongly tied to the Arab cultural nahda and to movements of Islamic reform, pan-Islamism and pan-Arabism. The book examines Zanzibari nationalism, as formulated by the Omani intelligentsia, through the prism of these pan-Islamic connections and in the light of Omani responses to British policies in Zanzibar. The author sheds light on Ibadism - an overlooked sect of Islam - and its modern intellectual history and the role of the Omani elite in bridging Ibadism with pan-Islamism and pan-Arabism.