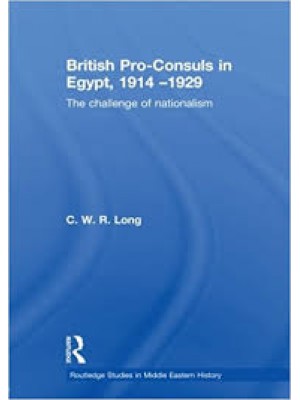 With World War I and Egypt's colourful politics as background, C.W.R. Long tells the story of four proconsuls (McMahon, Wingate, Allenby and Lloyd), their principal opponent, Sa'ad Zaghul, and the great events of the time: the rise of the Wafd party, the uprising of 1919, the murder of Sir Lee Stack and the Allenby ultimatum. He sheds new light on the strife of members of the High Commission among themselves and the Foreign Office, on the struggle between Egypt and Britain for ownership of the Sudan, on Egypt's fight for independence and on the failure of democracy to take root in the country.