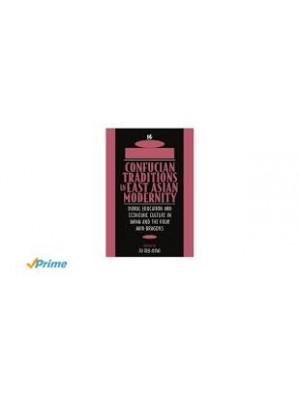 How Confucian traditions have shaped styles of being modern in Japan, South Korea, Taiwan, Hong Kong, and Singapore presents a particular challenge to the intellectual community. Explorations of Confucian network capitalism, meritocratic democracy, and liberal education have practical implications for a sense of self, community, economy, and polity. Seventeen scholars, of varying fields of study, here bring their differing perspectives to a consideration of the Confucian role in industrial East Asia. Confucian concerns such as self-cultivation, regulation of the family, social civility, moral education, well-being of the people, governance of the state, and universal peace provide a general framework for the study. The Confucian Problematik-how a fiduciary community can come into being through exemplary teaching and moral transformation-underlies much of the discussion. The contributors question all unexamined assumptions about the rise of industrial East Asia, at the same time exploring the ideas, norms, and values that underlie the moral fabric of East Asian societies. Is Confucian ethics a common discourse in industrial East Asia? The answer varies according to academic discipline, regional specialization, and personal judgment. Although there are conflicting interpretations and diverging perspectives, this study represents the current thinking of some of the most sophisticated minds on this vital and intriguing subject.