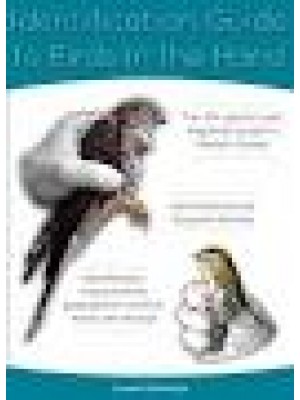 Identification Guide to Birds in the Hand

This English version of Guide d'Identification des Oiseaux en Main, updated with 51 extra species, gives all ornithologists who handle birds the essential information regarding accurate identification of species and subspecies, measurements, moult, sex and age.The 301 species (154 non-passerines and 147 passerines) most frequently caught in Western Europe by general ringers are presented in detail. To avoid mistakes, identification is systematically compared with species of similar appearance, which represents a total of more than 550 treated species. Homogenous treatment of all species groups precludes the recurrent pitfalls of using various books with variable modes of presentation and means fewer books to carry.Apart from 51 additional species, major improvements compared to the French version are:- supplementary information in the introduction,- addition of BTO codes and wing tip data in the heading of each species account,- measurements of all treated species in the ‘identification’ section,- the addition of schematic figures of moult sequences,- addition of distribution range notes for all species,- addition of EURING age codes in ‘moult’ and ‘age’ sections,- improved organisation of figures clarifying them and becoming more comprehensive,- addition of sonograms for some species (i.e. warblers...),- addition of various informative figures and comparative illustrations,- addition of bibliographic references at the end of each species account,- different index marks for non-passerines and passerines,- addition of appendix with a sample of moult and wing formula cards,- and minor corrections and general updates to species accounts.